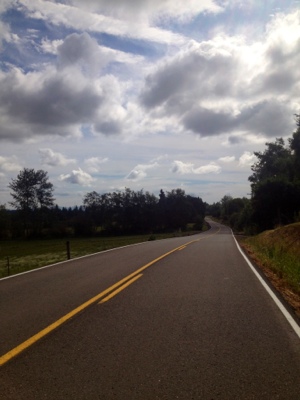 After 55 miles I went over the giant bridge from Washington to Oregon. It was freaky. Like going over the bay bridge but smaller. There was practically no shoulder and the cars were going an easy 60 an hour. I know it doesn’t look like much in this bad photo, but it was. 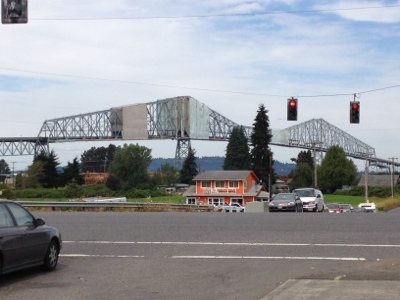 The ride today was mostly rural but it did get industrial, especially with the lumber. The lumber industry is just fine in southern Washington. 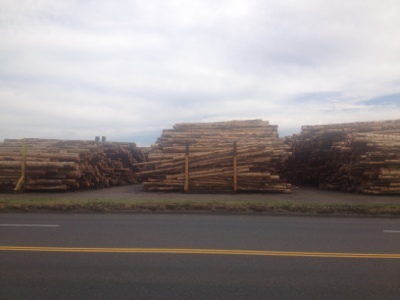 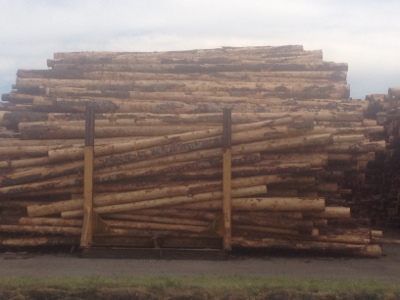 Even though there was something appealing about these giant trees being stacked like pencils, I still prefer them living.

When I wasn’t in the trees I was in more open land like this. 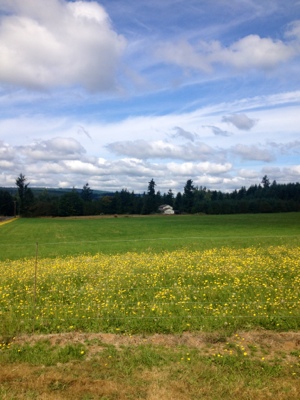 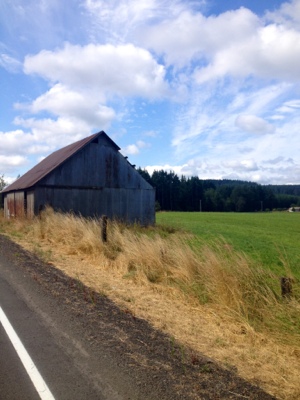 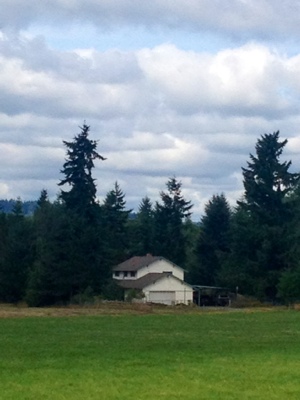 With the occasional curiosity. 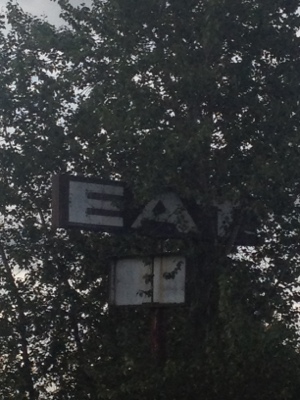 I was almost out of battery and I am camping at the city park which has nothing but a bathroom and the laundrymat didn’t have outlets so I am in a Mexican restaurant at a table next to a power outlet. 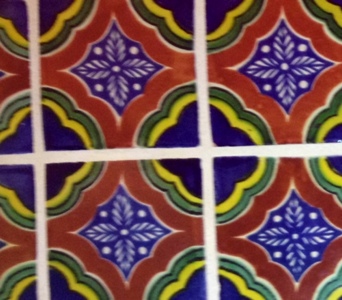 I was supposed to meet my biking partner Elijah but we haven’t crossed paths yet. We were supposed to both start out from Bellingham August first but unexpected things on both our sides prevented that.
However those things passed and he started south from Bellingham and I started south from Seattle and it seemed last night from our communication that he would definitely catch up with me today but he didn’t.
He doesn’t have a cell phone. Hellooo? So it’s like impossible to communicate. When I got over the bridge I wanted to take 30 East to the coast. Hwy 30 is the Lewis and Clark trail by the way. Instead I took 30 another twenty miles south just in case Elijah was going to hitch a ride to Portland. Or what?
He has an iPod touch with a phone app. ? Right. So I leave messages and texts and emails but so far: nada. Sigh. So tomorrow I’ll back track over these last twenty miles and go another fifty more and end up at the KOA on the coast just west of Astoria OR.
Also, let me just give one loud shout out to Oregon for bike paths everywhere and large good shoulders on every road!
Not so in Washington. In Washington the white line is the shoulder. What’s up with that?