We arrive in Salt Lake City around noon and figure we will go to the train station and pick up our bikes, take them out of the boxes, put them back together and then bike around town to the bike store and make sure we are OK with the mechanics before we start out.

Wrong. The train station is only open from 10pm to 5 am. Really. So we take the light rail (subway above ground) to the KOA and set up our tent and put our packed panniers in the tent and head into town (again on the light rail). The great thing about this light rail is that it just opened in April. Imagine riding on a subway that is three months old! It is so clean! And a large part of the downtown route is FREE! It’s $2.50 to come in from the airport but it is on the honor system. No one checks for your ticket. Wow. That said, this train is the best thing about this city.

There is ONE thing to do in SLC and that is 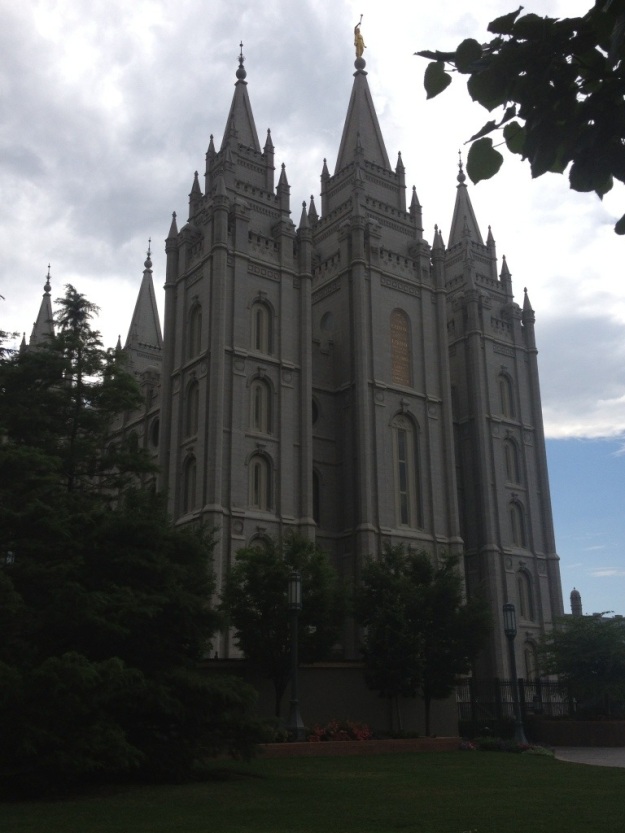 Temple Square and it’s a square block. It’s 100 degrees here and the men are in white shirts with ties and black pants. Many men are dressed liked this. These Mormons don’t drink alcohol or coffee and don’t believe that dinosaurs ever existed. They think the dinosaur “issue” is a test from God and I’ll just leave it at that.

Everyone here is friendly and things are much cheaper than the Bay Area. The truth is you can go to university of Utah as a resident for 5,000 a year!! Gap products in the Bay Area that are always $20.00 (an item I buy every year) is $12.00 here. People are upset with the high price parking lots that charge $3.00 a day. (Not $2.00 an hour like Oakland) The seats on the light rail all face each other.

Family is big and shopping centers are very family friendly. In the food court, there is a large area of giant plastic animals on bouncy flooring for kids to climb all over. Outside there is a large square where water shoots up randomly and kids go screaming around and across it getting gratefully soaked in the way too hot weather. 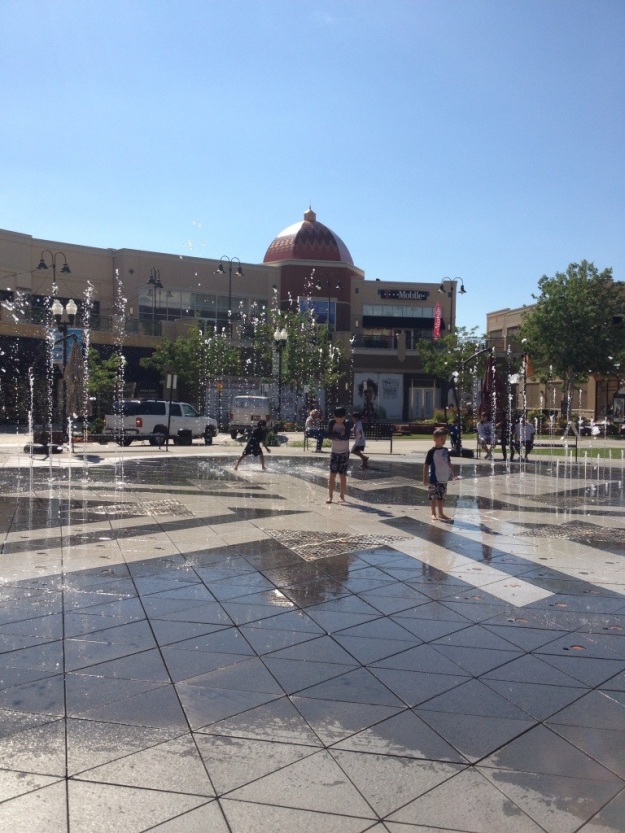 Anyhow, we killed a day in SLC and then got someone from the KOA to take us to the sketchy Amtrak neighborhood and we got our bikes. The night patrol at KOA told us they’d been having big problems with bike thieves and to keep our bikes in our RV. Right.

So we put the bike boxes and our gorgeous Ortlieb bags in the tent and slept outside the tent. Only problem with that was the bugs and the hot weather. Being in the bag was too hot but being out of it, we got eaten alive. So we got not much sleep.

Oh, I forgot to say that we ate dinner at this cool restaurant called “Diamond Lil’s” in a semi sketch hood which was in a super original pioneer old west days building which had so much cool stuff in it 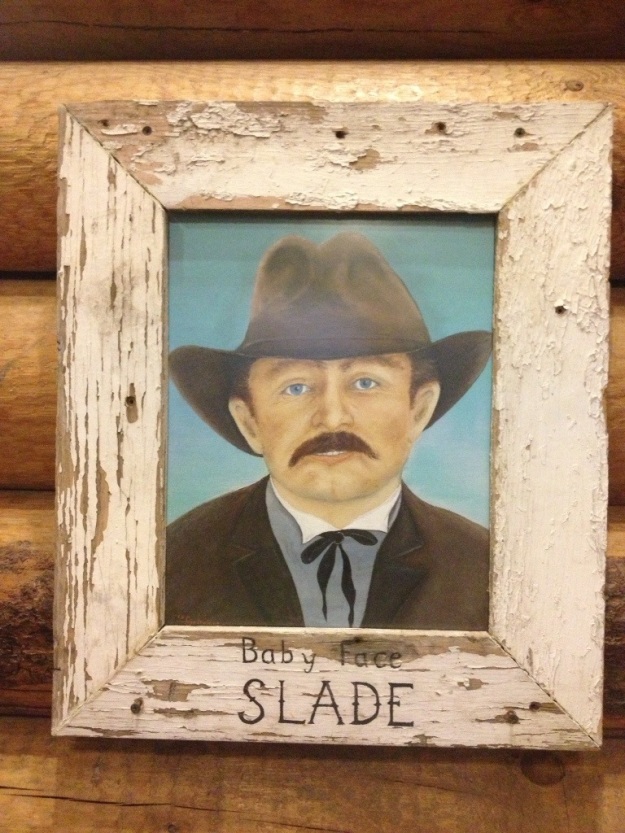 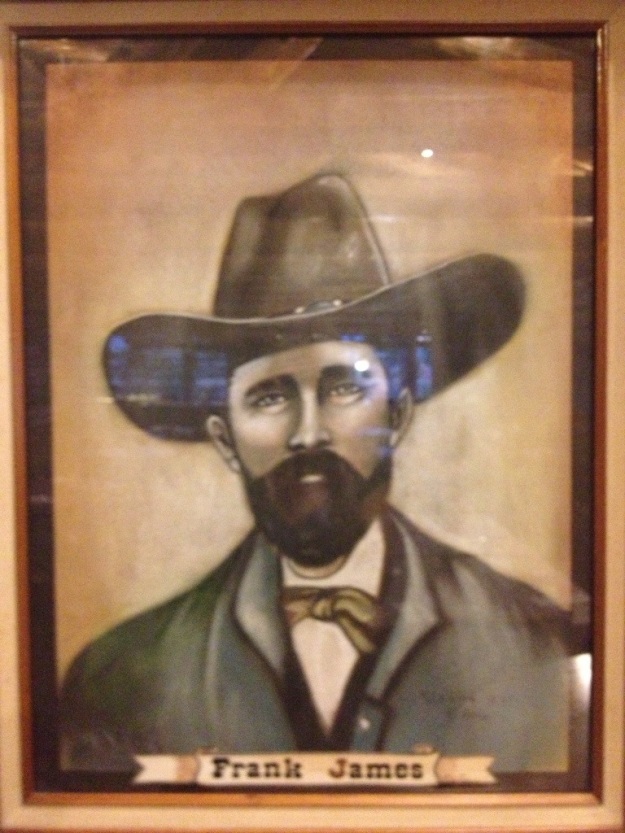