Today started out okay. We got to Moe’s bike shop in north bend not long after it opened. The store is located right after you come across the bicyclist’s bridge from hell.

Alan Moe himself helped us and didn’t charge us anything! We didn’t really have a problem but the tire was under inflated and the tire rim was under the wheel rim in a small section which made it go bump slightly in every rotation. He inflated us and we left with big smiles.

We then went to the coffee shack. There are drive in coffee boxes everywhere. Next we went to a thrift store. I got a brand new bathing suit for 3.50 and Noah got a high school jacket for the same price!

Outside the store we met the local weatherman who told us there would be no wind. That was not the case! It slowly increased and became what felt like thirty miles in our face. We’d be climbing up the hill and look at the long grass on the side of the road and it would be bent to 45 degrees!

There are old old cars on the road a lot up here. It doesn’t make sense since we are on the salt water coast which is bad for cars.

In this area you see oyster shells everywhere. In some places more than others.

We biked the wrong way for about twelve miles. It was a dead end road without the dead end sign. It was beautiful however and we had lunch there.

While we were here being lost without knowing we were lost we meet four women my age from Salt Lake City. No kidding.

At the dead end we bike back almost to Charleston where Hwy 101 disappears.

And it’s every bit that. The seven refers to these crazy steep grade hills. It’s only twelve miles but it was almost impossible. The wind was way strong in our faces and as we climbed higher and higher it got quieter and weirder. At one point we heard this strange very loud repetitive yowl which I assumed was an animal but I am not sure as we never saw the source. Roads that were driveways looked third world.

Half way through it started to rain. We were freezing with that and the wind. It was also beautiful and serenely soundless. 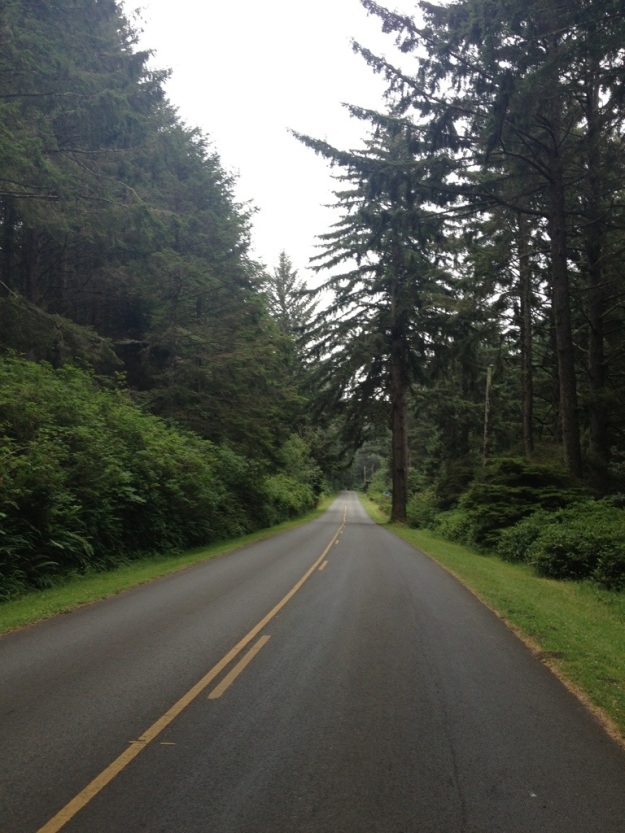 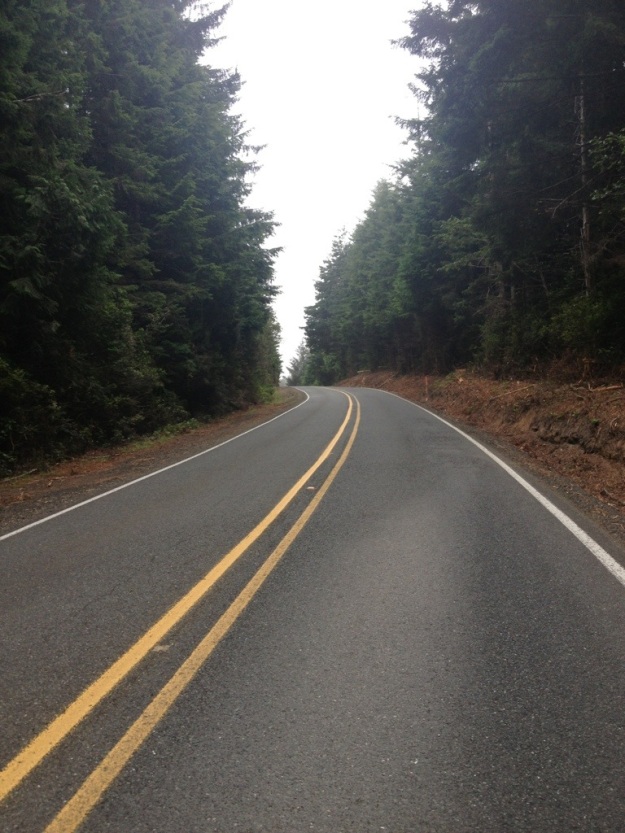 The long and short of it all is that at the end of only 36 miles we were exhausted beyond going further much less the next 28 miles to the campsite. We secured a tent site in an RV park but it was too wet and freezing to stay. We couldn’t go to sleep at five. The lady there understood and refunded us our ten dollars.

We then went to an odd cheap hotel run by a really nice Iranianan man who used to love in Oakland. It has a funny middle eastern touch in the room decor. It is warm! After we warmed up a bit we walked to the grocery store. After you bike all day every day, walking is a strange slow luxury. I got a progressive vegetable soup and heated it in the microwave. It was wonderful. 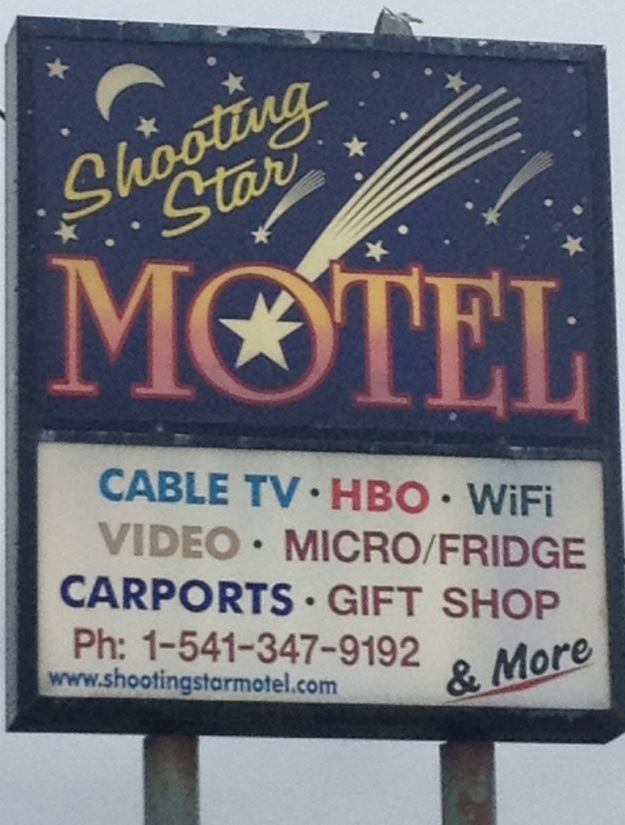