Tired, after little sleep, we are not in great moods putting together the bikes. It is sweat hot by 9am. We started early on bike mechanics and tent round up but we don’t have the bikes together until about 9:30 and we don’t have them together well at all, especially mine. Seems when I boxed it up in Oakland, I left out a half inch ring on the neck.

We get them in rideable shape and get to the bike shop (Contenders) in SLC which Brett our bike man in Berkeley from Mikes Bikes has recommended. It takes us forever to get to them because the addresses in SLC are confusing and mapquest leads us wrong. 500 E W can be 5 E W or fifth.
People drop zeros and its all urban sprawl desert style. We go through good neighborhoods with old mansion homes and poorer neighborhoods. It can change from one to another in a block. After calling the Contender guys no less than three times, we finally get there. It is at the intersection of Ninth and 9th. We drop the bikes off and go across the street for breakfast. It is a cool neighborhood and we like it but there is no breakfast, only a cafe. I tank up on coffee after my fashion and especially after no sleep and Noah gets a drink and a big muffin.

At Contenders a guy named Ryan is super cool and completely knows everything there is to know about the routes around here. We want to go to Jordanelle State Park but we do not want to do interstate 80. Many people say you have to do 80. Ryan takes lots of time with us and explains all the back roads, twists and turns through emigrant canyon and such leaving only a tiny bit of 80 at the end.

We are FINALLY on our way and its 11:30 and a hundred degrees. 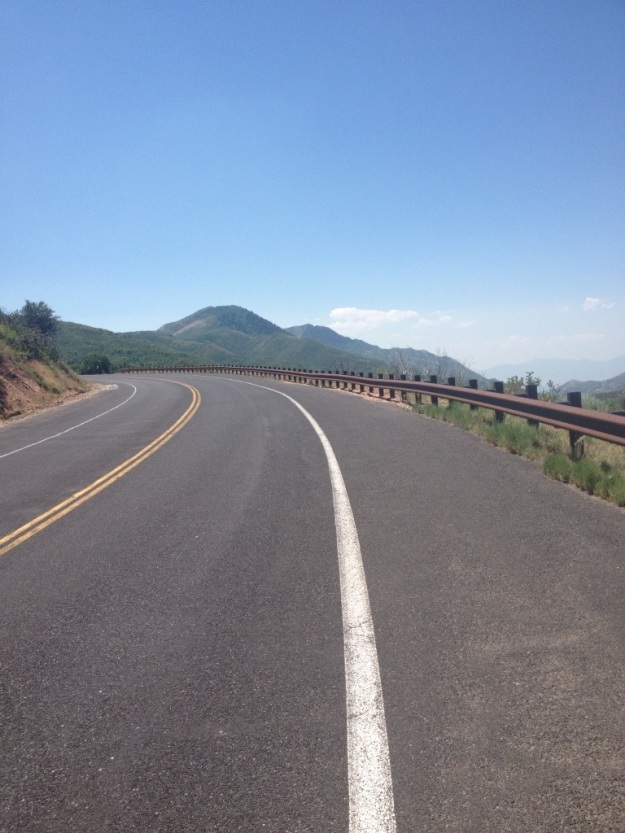 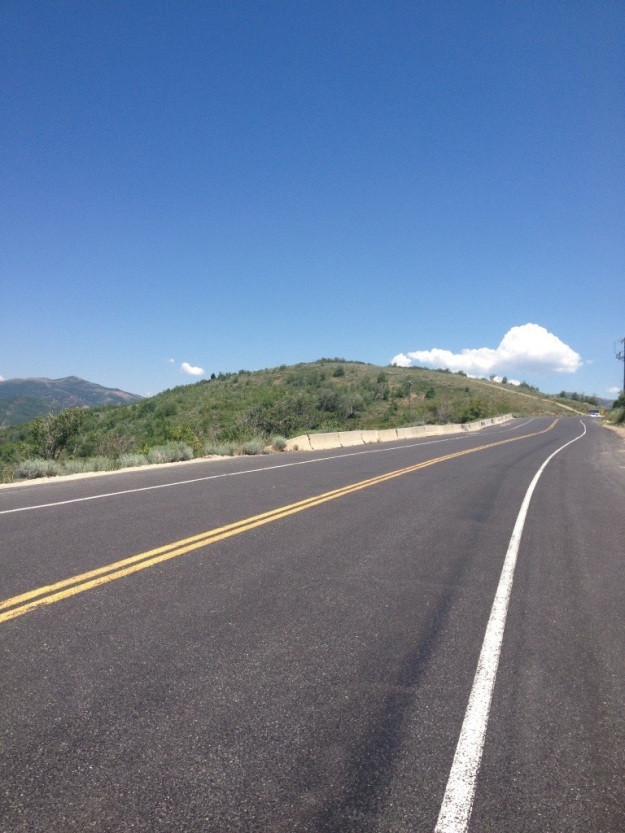 We climb from 4,400 feet to 7,000 and we are fine but starting to run out of water. We were going to buy groceries before we headed out but Ryan told us there was food 15 miles out so we didn’t. We reached the first summit 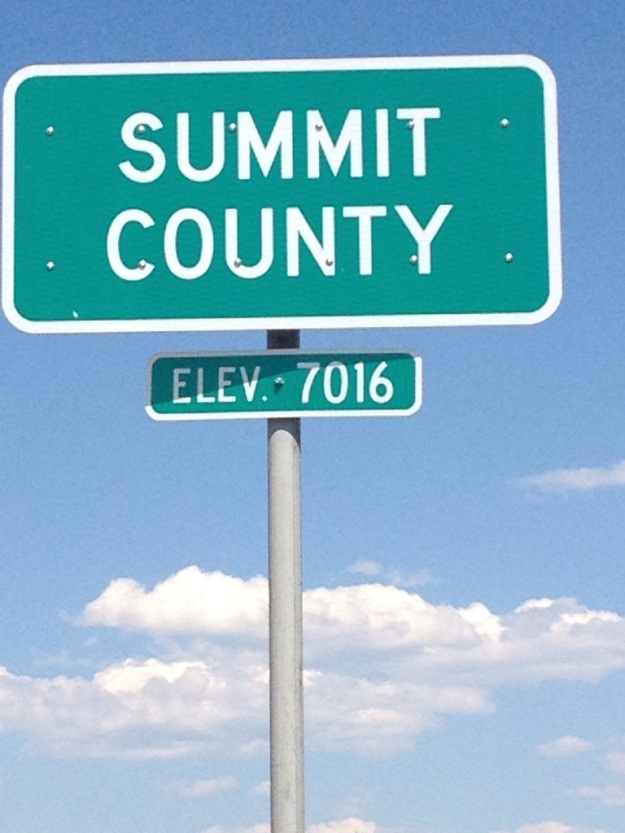 And we were doing OK. The spider bikers which is what I call the speed demons in tight colorful clothing with big mirrored glasses are flying past us. One of them going the other way yelled to us, “You guys are AWESOME!” That was nice. We met one at the summit and he took a photo of us. 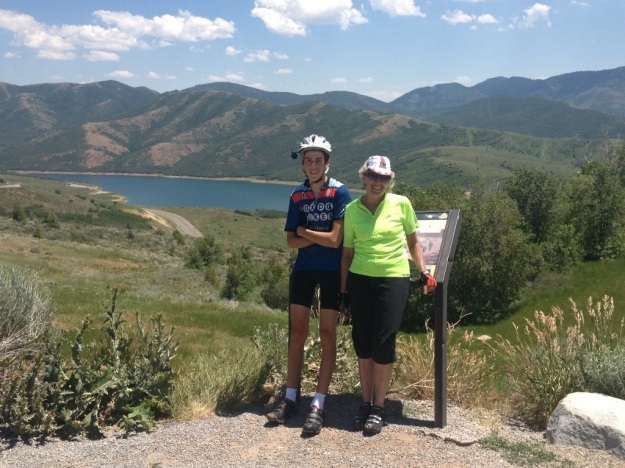 After the up came the down and as fun as that is you know you are just going to have to climb up it again. 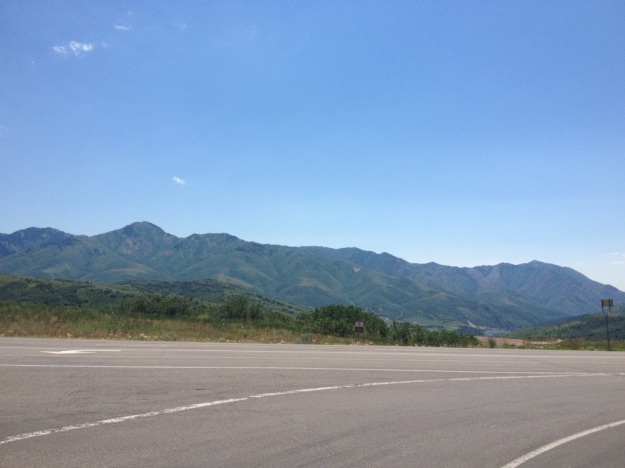 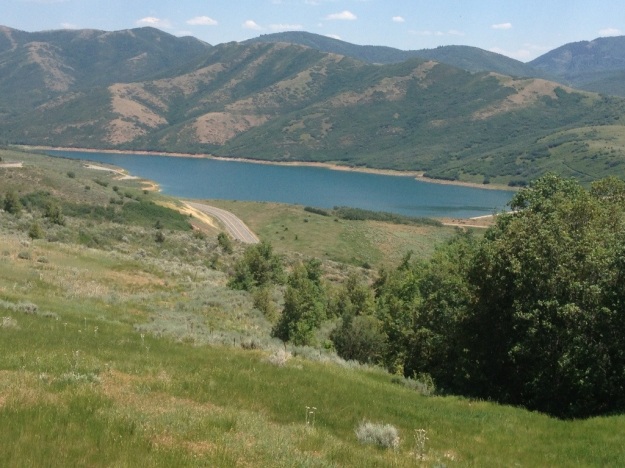 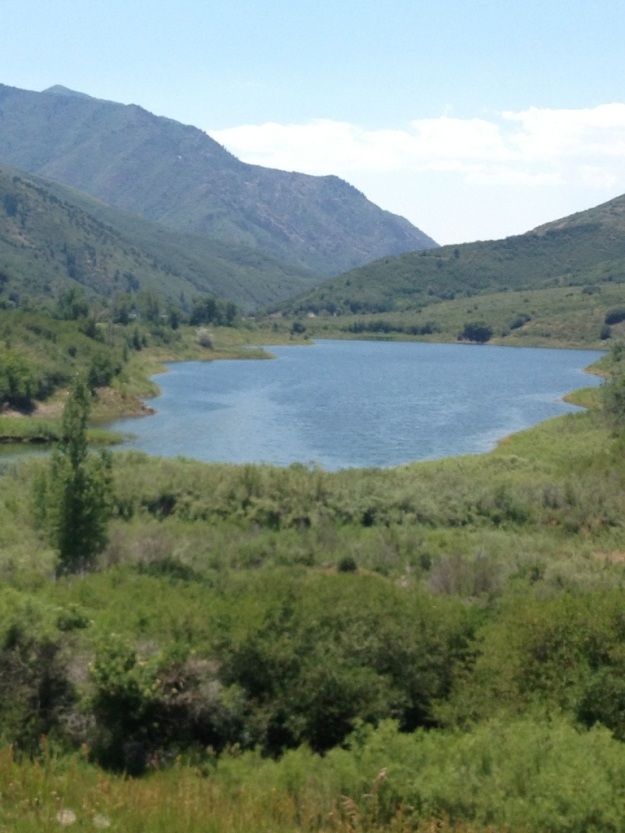 Flying down to the reservoir, we had to climb up again to a little more than seven thousand again. We were not physically wasted in terms of exhaustion but we were out of water and had been sweating constantly. The climb was not steep but steady for hours and with all our self-supporting gear we were really slow.

We knew we were almost to the food and water Ryan mentioned when Noah’s legs started to cramp uncontrollably. He was in horrible pain and felt like he was going to die, like he had to go to the hospital. I knew cramps pass but still. Then I started to cramp as well but not as bad or as often. I was however cold with goosebumps even though it was a hundred Fahrenheit. We had to walk the bikes the last mile to the second summit. 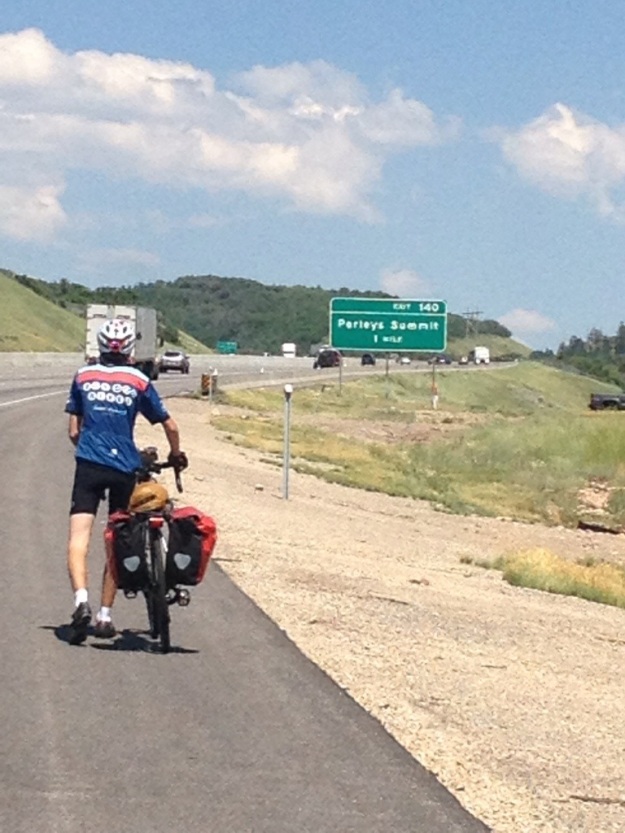 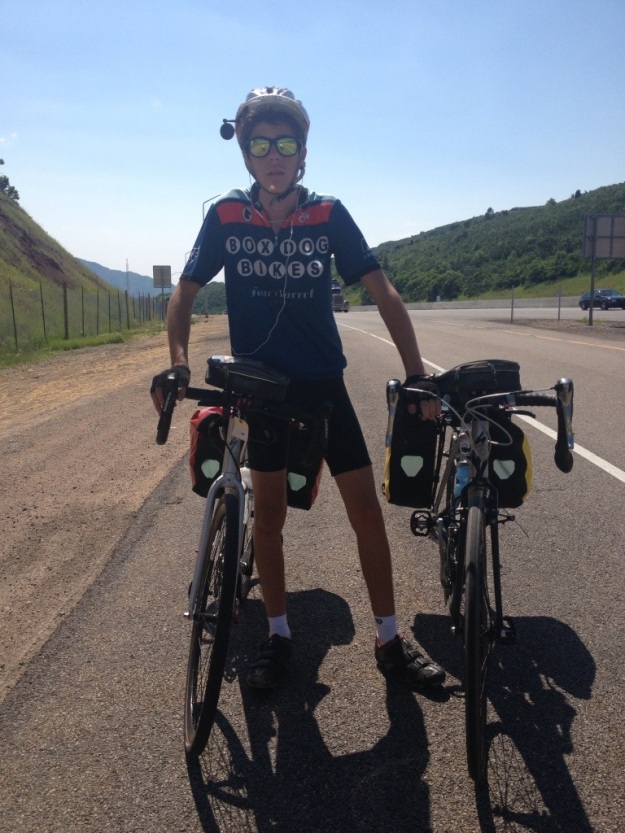 By the time we got to the summit, there was a gas station and the cafe was closed but a few miles downhill, the gas station man assured me three times when I asked three times “Downhill? ALL downhill?” there were “too many places to eat” he said.
, 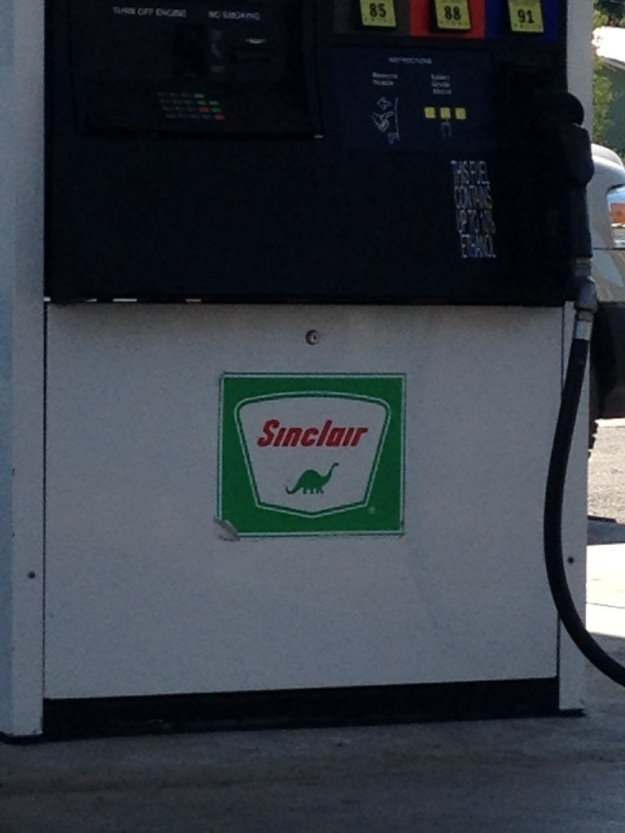 We hung out at the gas station for an hour with Noah’s legs cramping and drinking water and apple juice and salted peanuts. I know it sounds crazy that we started with so little food but we had had a huge dinner the night before and thought we’d have food ten miles into the ride. We passed up that cafe thinking we’d eat at the summit where there was a Whole Foods. We didn’t know the summit was going to take forever. We climbed four thousand feet in five hours but only did around twenty five miles.

Noah’s legs stopped cramping and we got on the bikes to go downhill. We went downhill but then there was a little uphill and cramps started and we got off to walk. That’s when we met Josh. He stopped his car and asked if we were OK. No, we weren’t OK we said and explained our situation. He assured us that YES there was food and yes it was downhill. We exchanged phone numbers and he said he’d check in with us after his run.

We went downhill and found a hotel and checked in, fifteen miles short of our Jordanelle campground goal.